In 2021 we were approached by the developer behind Hulton Park to create some visuals for the proposed golf course, to support their bid to host the Ryder Cup in 2031 or 2035.

The purpose of the renders was to show the decision makers what the course looks like and it’s suitability of hosting a major tournament with space for up to 70,000 people. It was important to show the course setup for the tournament and in particular to convey the atmosphere of the Ryder Cup. The only way to do this was to add large crowds of people, which isn’t something we had done before, but if you know us then you know we like a challenge!

We worked closely with European Golf Design to ensure we showed the crowds of people in the areas designated for spectators, specifically the large elevated mounds overlooking the holes. We dressed the people in the blue and red colours of Europe and USA, and gave them flags for a real Ryder Cup look.

We also added the players, caddies, team entourage, bunker rakers, match officials, photographers and other details such as TV towers and cranes. 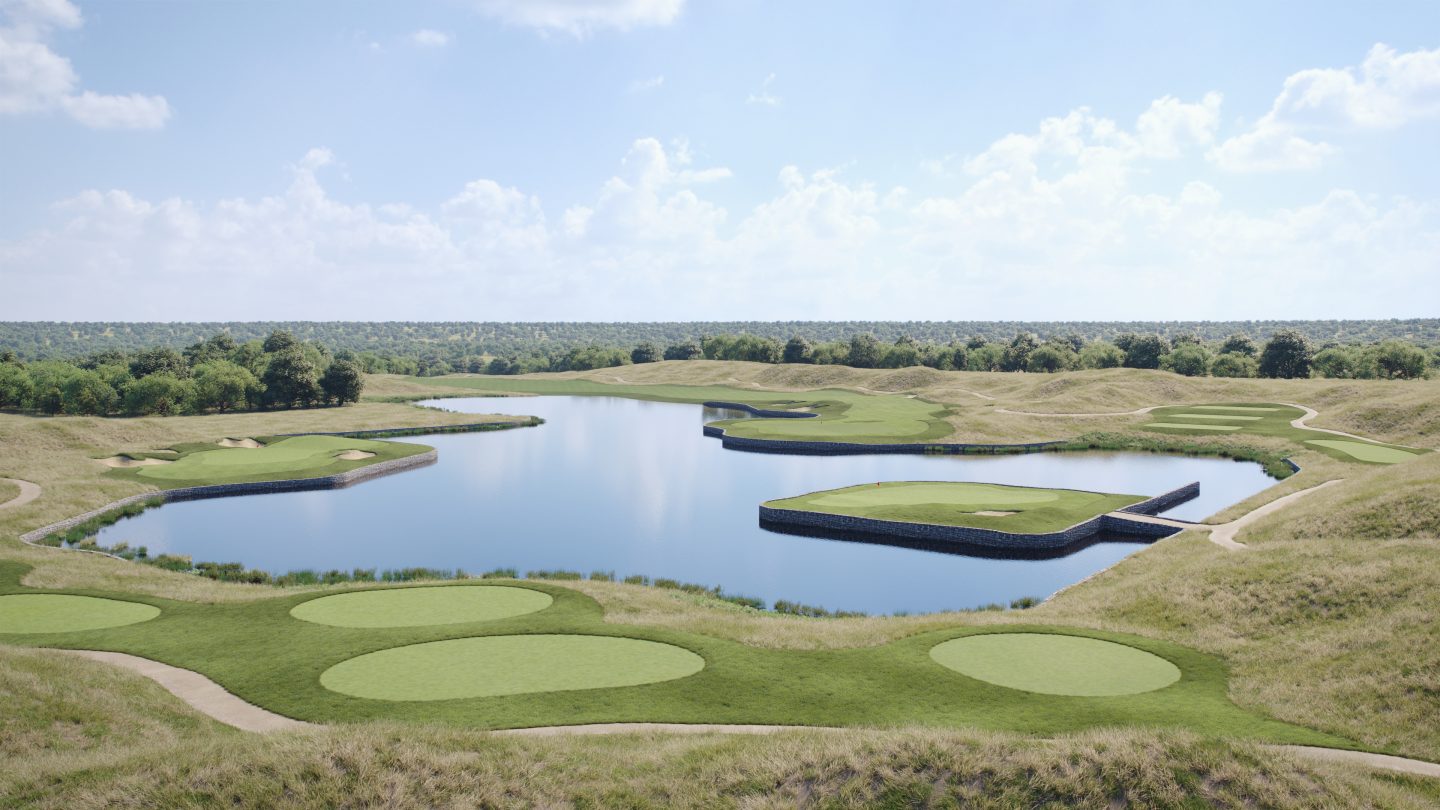 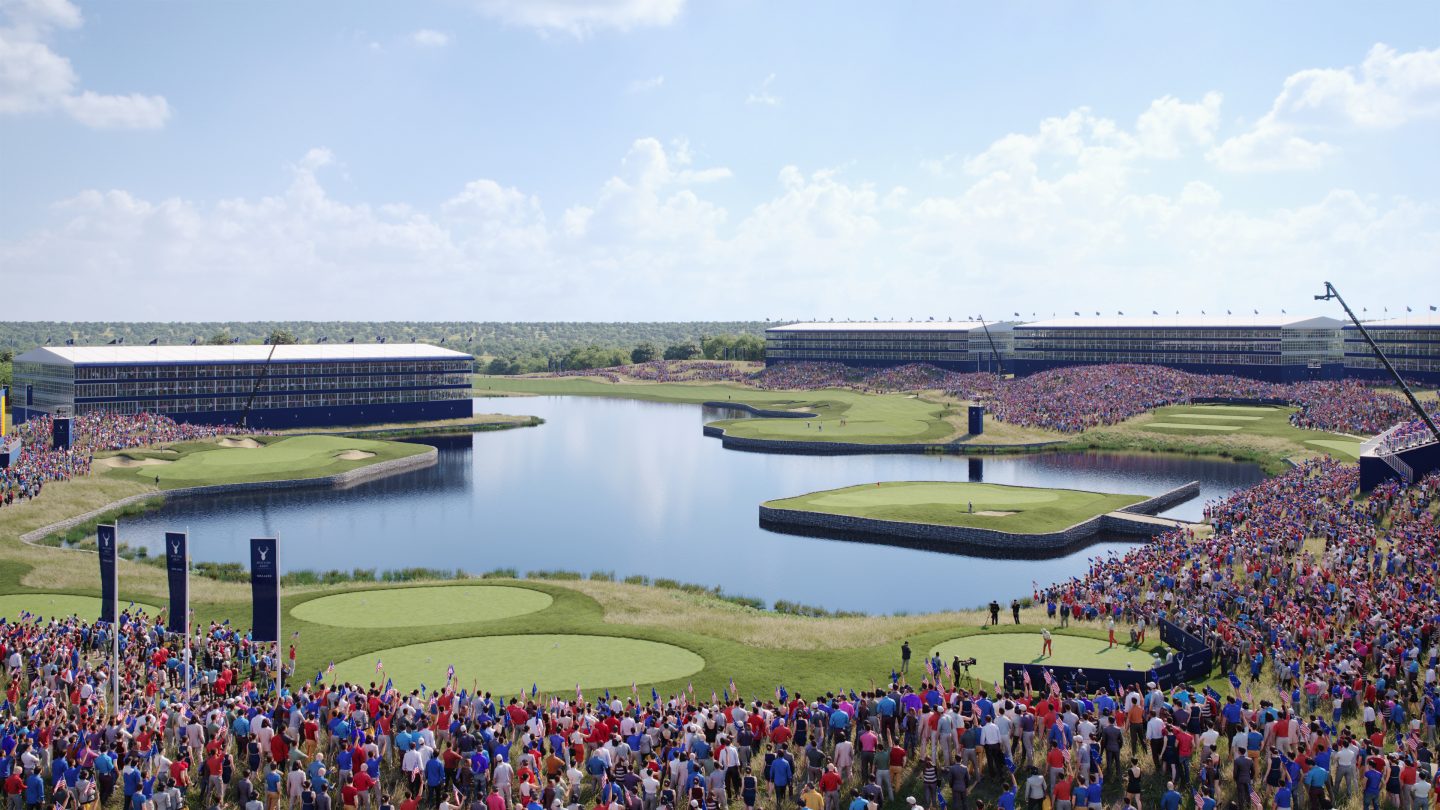 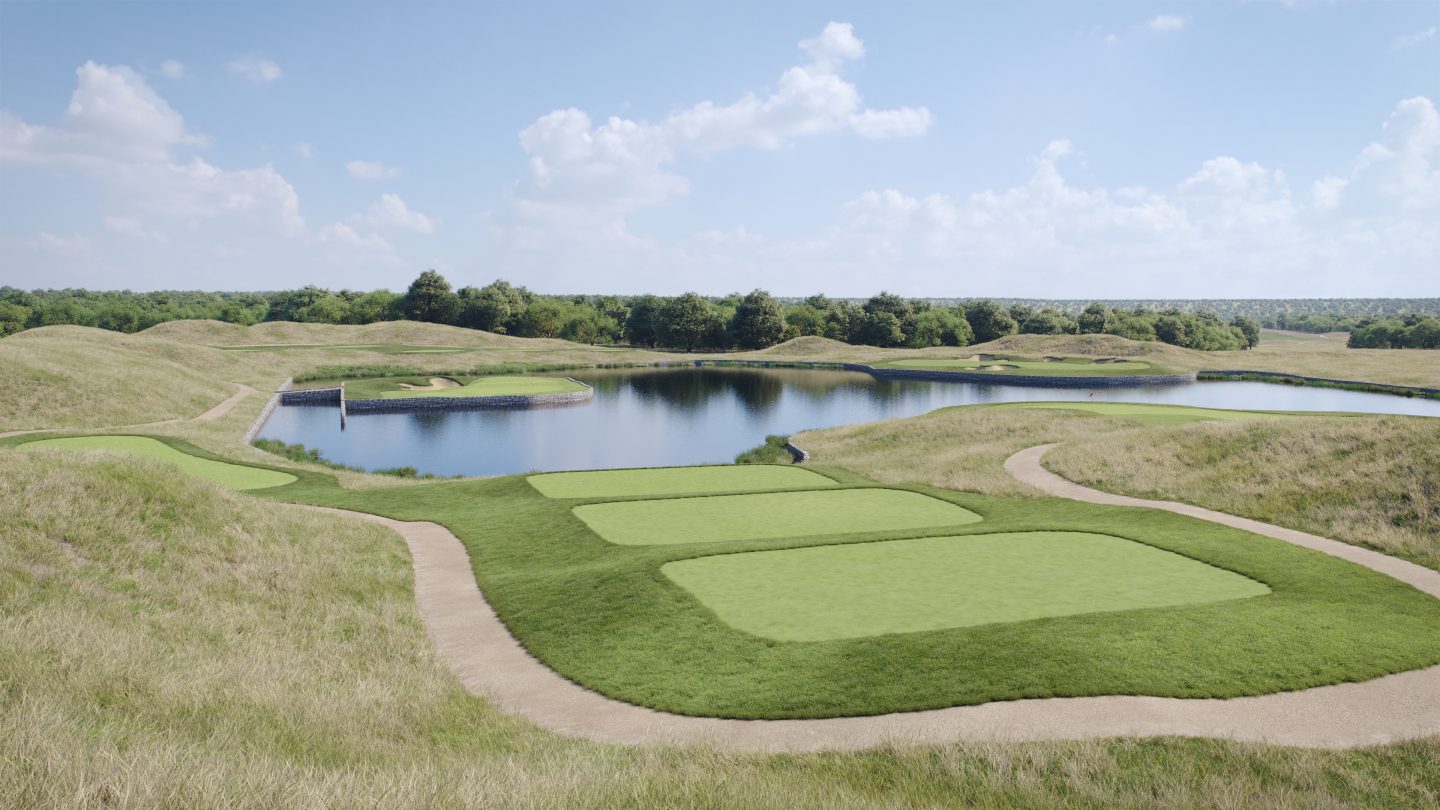 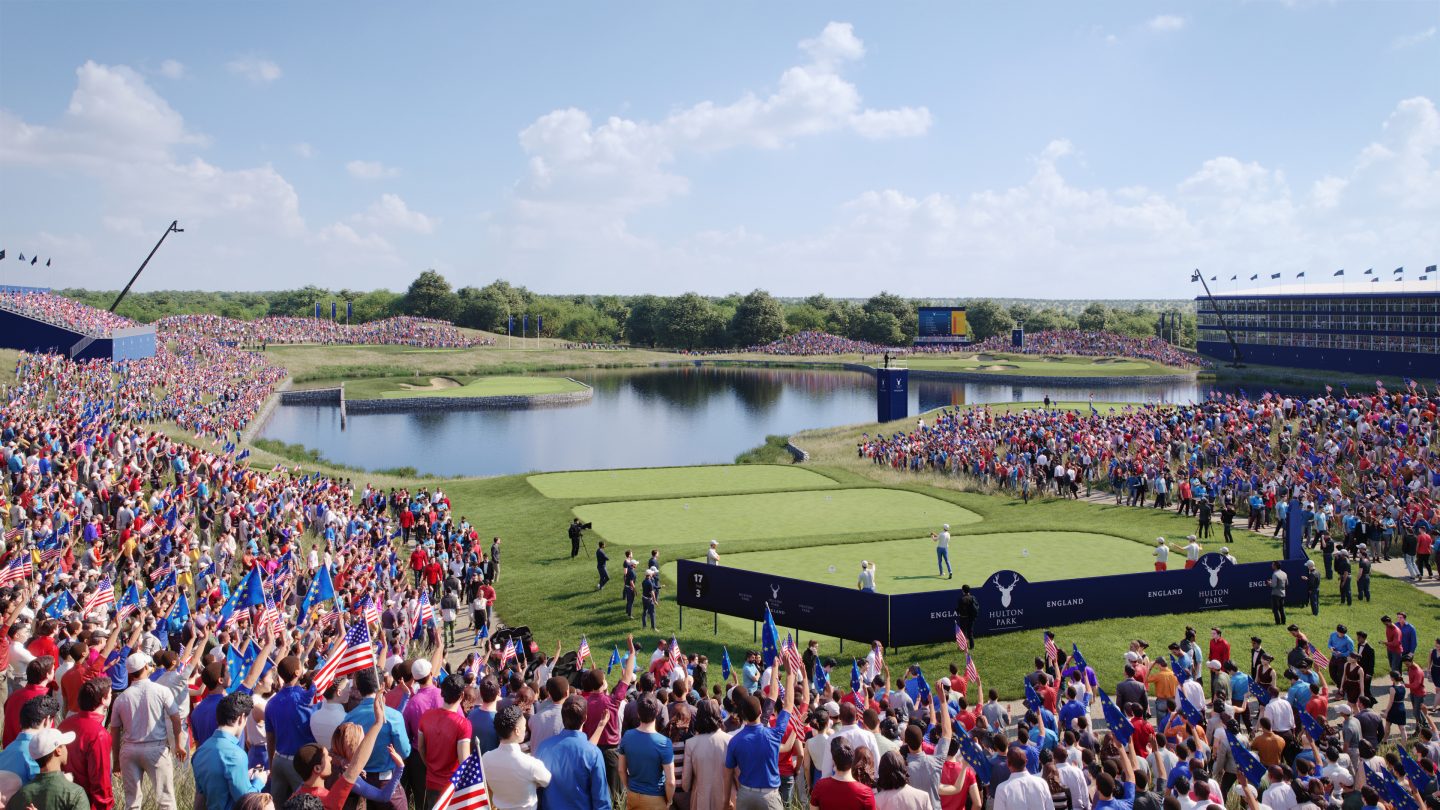 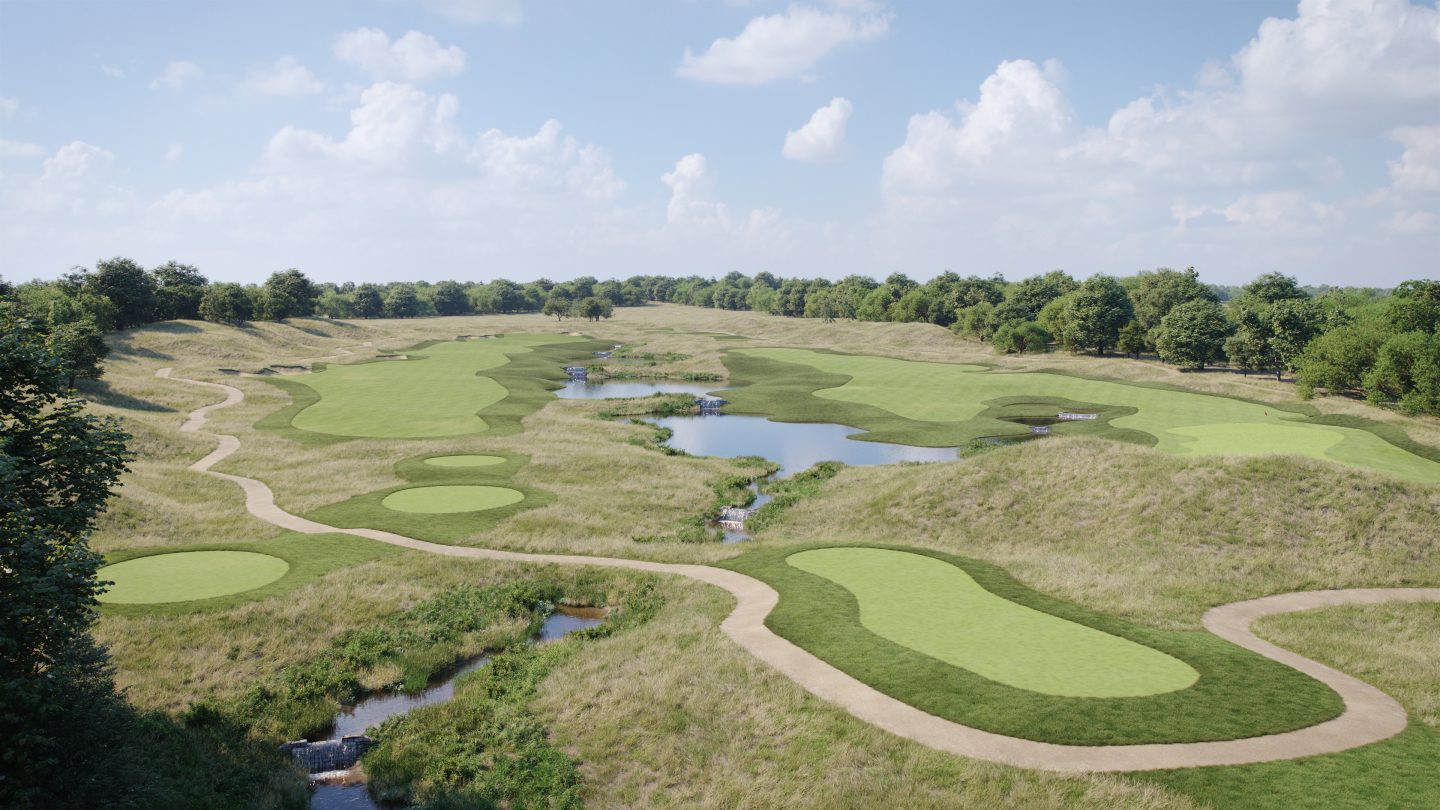