With the 2018 Ryder Cup about to tee off at Le Golf National, we already had the tournament on our minds when we received an unexpected Ryder-Cup-related phone call.

It was none other than European Golf Design asking if we wanted to work on the proposed course at Marco Simone Golf and Country Club in Rome in preparation for the 2023 tournament.

I’m sure you can guess what our answer was.

In line with our own belief that it’s never too early to create some excitement about a project, the client wanted animations of a few holes to give a flavour of what people could expect.

We love this approach, because it keeps people interested and there are so many opportunities on social media to create an ongoing buzz – even four years ahead of an event.

At the start of every project, we ask our clients if there are any defining details of a course or site that we need to be aware of. For Marco Simone it was important to show the umbrella pines, which characterise the site; the artificial turf on the banks of some streams, which is used to protect them from the local beavers; the old castle, which is a symbol of the club; and the Rome skyline.

Unfortunately, we couldn’t just drop a photo of Rome into the background of our animations since the perspective is constantly changing as the view point in the animation changes. So, the only option was to create a 3d model of Rome. At least of the parts that were important to see as part of the skyline, such as St Peter’s Basilica. This was no mean feat. But seeing the view of Rome from the 16th tee made it worth it!

A Ryder Cup course wouldn’t be a Ryder Cup course without the full tournament setup, so we also added in branded tee boxes, hospitality tents, spectator stands and TV towers. We didn’t want to be seen as biased, so we added European-blue and American-red golf carts too.

The animations are already proving popular on social media, giving the proposed course plenty of attention. 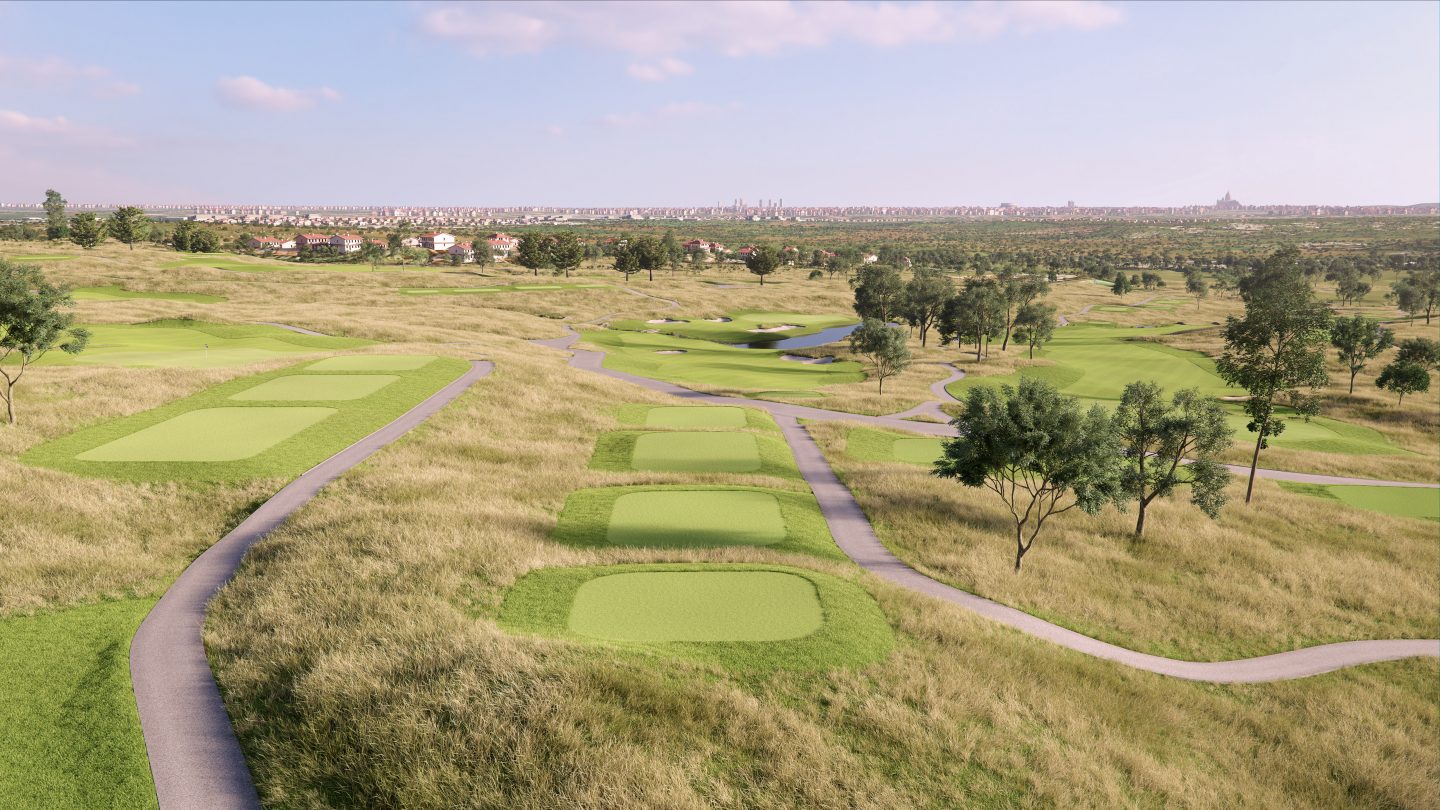 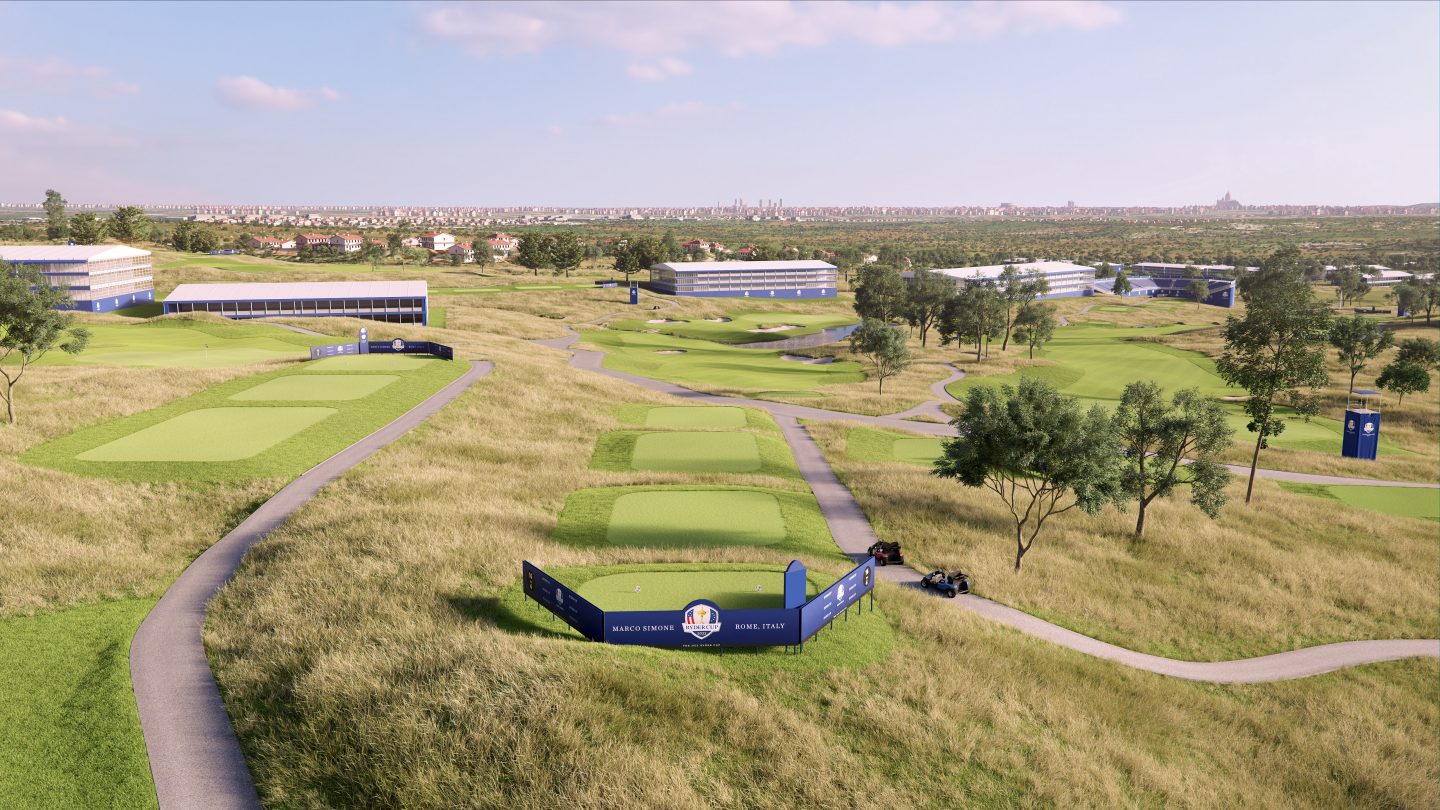 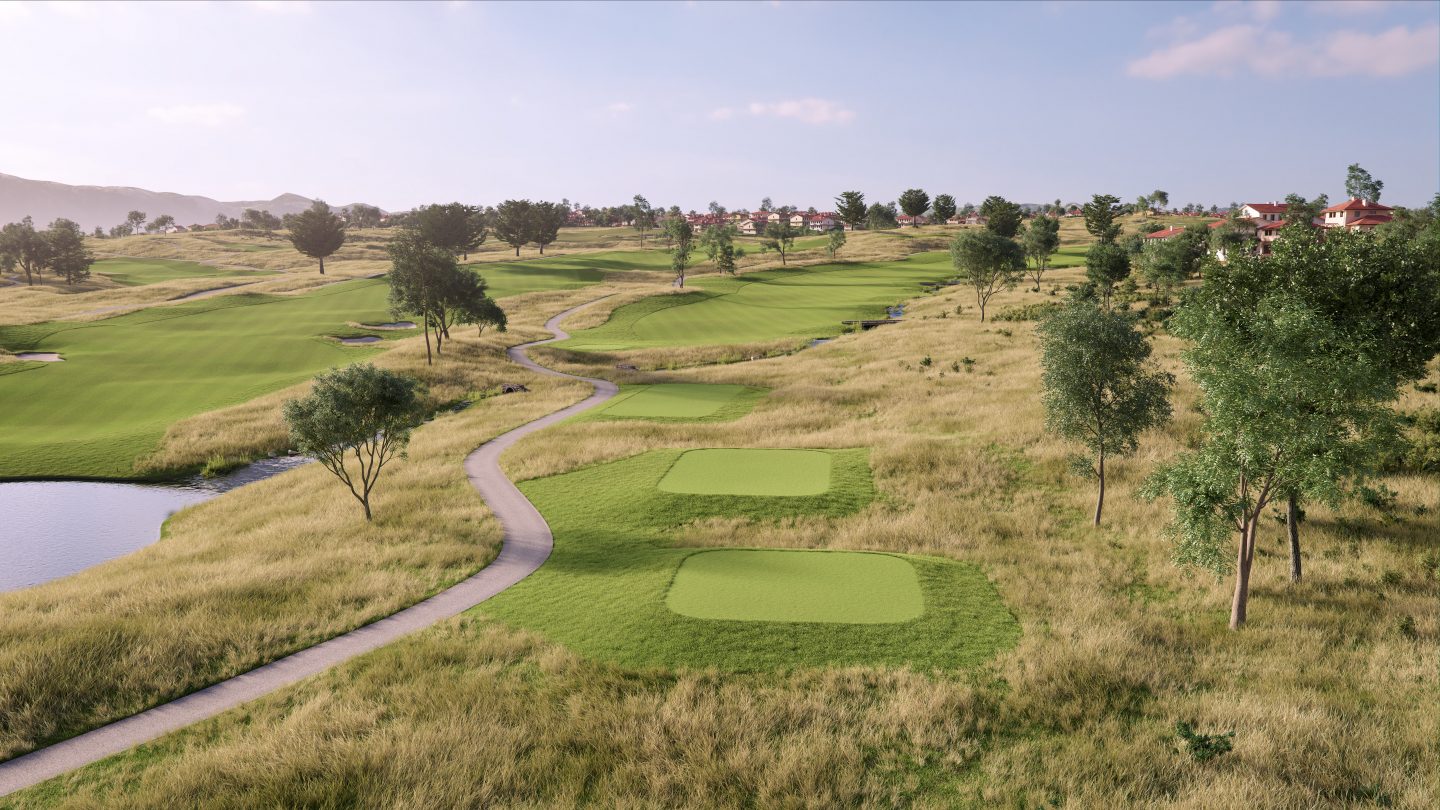 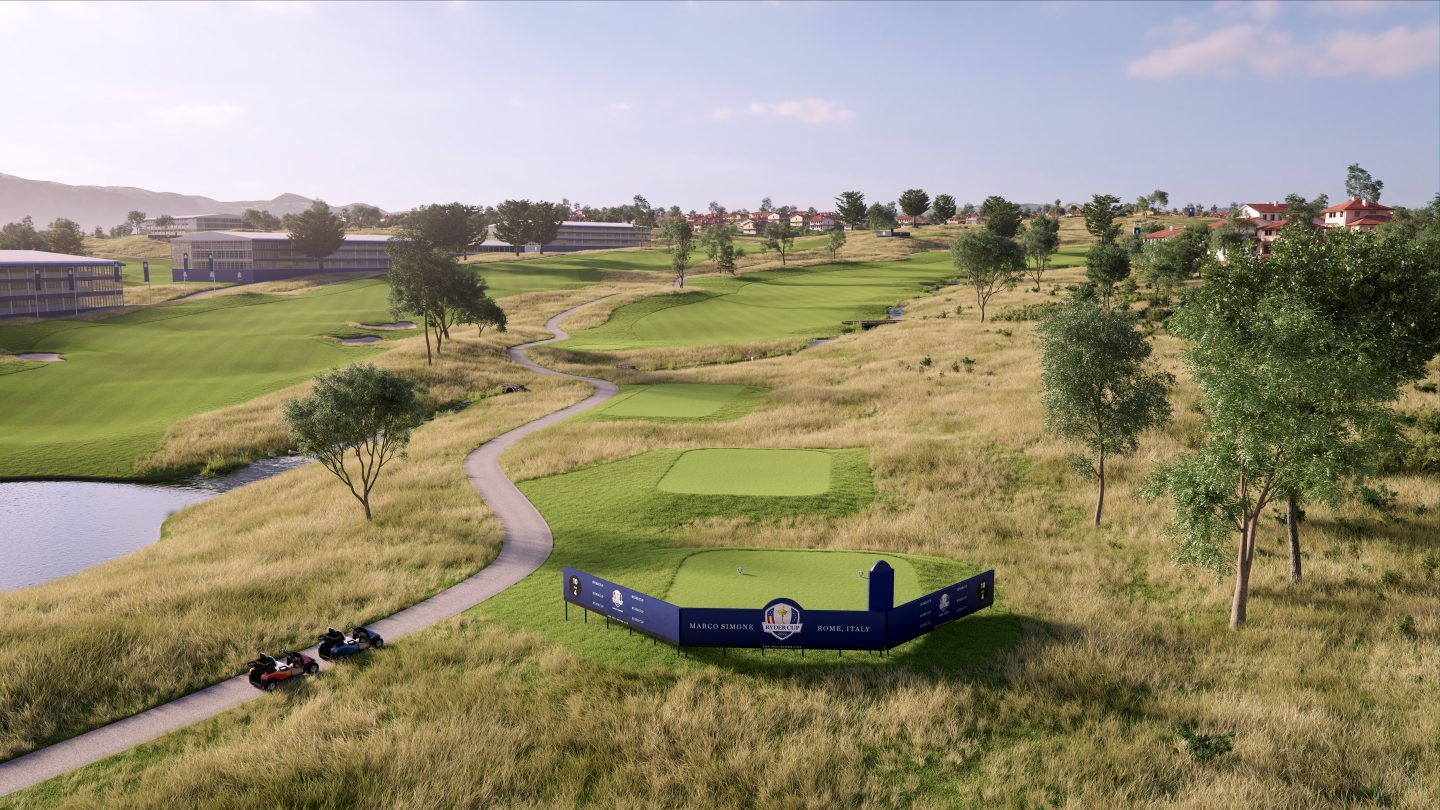